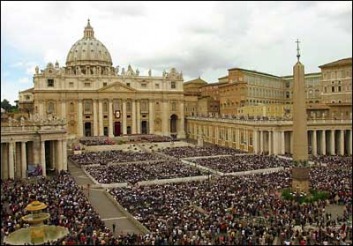 ROME SWEET HOME!!!
Jesus said, "If I be lifted up from the Earth, I will gather all people to myself" Thank you Lord for gathering your people into your Body,
the Holy Church"
VIVA IGLESIA CATOLICA!!! 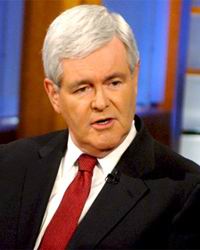 WASHINGTON, D.C., APRIL 1, 2009 (Zenit.org).- Former Speaker of the U.S. House of Representatives, Newt Gingrich, became Catholic on Sunday, the first of thousands that will join the Church at Easter.

The U.S. bishops' conference reported Tuesday that around 150,000 are scheduled to join the Catholic Church this Easter.

The press release noted that "the numbers show the growth and vitality of the Catholic Church in places where it has traditionally been a small minority."

The Archdiocese of Atlanta estimates that 513 catechumens, who have never been baptized, and 2,195 candidates, who were baptized in another Christian community and are seeking full communion with the Catholic Church, will enter the Church this year, not including infant baptisms.

Father Theodore Book, director of the office of Divine worship for the archdiocese, affirmed: "The Archdiocese of Atlanta is in a part of the country with a large non-Catholic population, and has been blessed with an authentic dynamism during recent years, which is perhaps best expressed in our annual Eucharistic congress, which draws some 30,000 participants.

"One of the many blessings that we have received from the Lord is the large number of individuals entering the Church."

The Diocese of Birmingham, Alabama, had to plan three different ceremonies for the Rite of Election, at the beginning of Lent, to accommodate the 445 people in process of becoming Catholic.

One Californian, Heidi Sierras, was chosen to represent North America at the Easter Vigil celebration in the Vatican, where she will be baptized by Benedict XVI.

Last year's Catholic directory reported that adult baptisms in the United States totaled 49,415 in 2007, with 87,363 people coming into full communion with the Church. 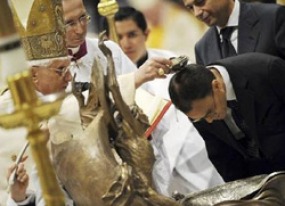